skip to main | skip to sidebar

Timeless. Definitive. Classic. Traditional. How does a song or a recording of a song attain the status where those descriptive terms are appropriate? There are many factors, many reasons, but what takes a song from a composition to a recording to a tradition enjoyed by generations to follow after the initial release or premiere? There is no right answer, rather it becomes a combination of factors that ultimately determine those pieces of music that are in fact timeless.

One of those recordings is The Little Drummer Boy, as recorded by The Harry Simeone Chorale and released in 1958.

It’s amazing to listen and think the recording dates to 1958, and the song itself from 1941. It sounds for all the world like a traditional chorale which had been sung for several hundred years.

Where did it originate, how did it develop, what was changed or revised to create the definitive recording of the song itself?

The song was composed in 1941 by a composer and music teacher named Katherine Kennicott Davis. Having studied music and composition at Wellesley, she also studied at the New England Conservatory among others, winning various awards and prizes for composition. She would go on to teach music at various academies and private schools for girls, including one in Philadelphia. As she taught and continued to compose, she saw a lack of chorale and choir pieces composed not only for girls but also for untrained singers, and she began to write and arrange her own compositions to fill that void. She would eventually write six hundred compositions, among those a piece called “Carol Of The Drum”, and all of the profits she saw from her catalog of music would be donated to Wellesley’s music department, a trust which continues to fund music education to this day.

“Carol Of The Drum” was based on a Czech carol, the specific music on which it was based has never been positively identified, however the Czech “Rocking Carol” as collected and published in 1928 is the best guess according to sources. The lyrics, according to Davis, came to her as she was nodding off to sleep, and all but wrote themselves. The song was published in 1941.

"Carol Of The Drum" by The Trapp Family Singers sheet music

The first recording to introduce the song to the public’s attention was released in the mid-50’s by “The Trapp Family Singers”, who were indeed the von Trapp family, subjects of “The Sound Of Music”. It enjoyed some success and some attention, and inspired at least one subsequent cover version a few years later, but again nothing on a large scale of popularity. 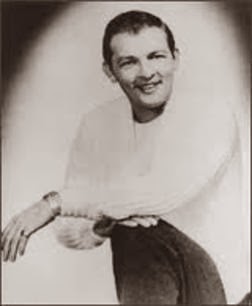 Enter Harry Simeone. Harry was an arranger and conductor who had worked with Fred Waring, among others. As he was contracted to record a Christmas album, his friend Harry Onorati who had worked on the arrangement for the Jack Halloran version recommended the song “Carol Of The Drum”, and Simeone rearranged it even further, taking cues from the von Trapp’s version as well as the Onorati arrangement by the Jack Halloran Singers. Adding several elements and reworking or revising others, he recorded the new arrangement with the group he had assembled and called “The Harry Simeone Chorale”, eventually releasing the song and album on Dot Records in 1958.

And it became a perennial classic, a timeless classic.

What made Harry Simeone’s version stand out? For one, the song itself is brilliant in its simplicity. Just as Katherine K. Davis had identified and tried to fill the need for songs appropriate for untrained singers, as well as female groups, the song has little harmony and an easy to sing melody…which also creates a song and melody which those listening can easily remember, if not sing along after just a few listens.  It is wholly in the tradition of folk music, and the folk process in general, as well as some of the more traditional Christmas carols which were designed to be easier to perform and sing, as well as less challenging and more memorable for the audience, encouraging them in fact to participate and sing along.

The recording and arrangement done by Simeone is again brilliant in its simplicity, yet Someone (and Onorati) managed to add a few touches which transformed the song from the earlier versions. If we consider the Trapp Family‘s version, they obviously are a smaller vocal group, but are basically following the same melody and lyrics. The female voices carry the lead, while the male bass voices carry the drum-like rhythmic pulse, based on parade-like snare drum rhythms. However, the male voices singing the “drum” parts do not stray from the tonic bass note, in fact for most if not all of the recording they stay on a pedal tone of sorts, delivering a monotone, single-note rhythm which pulses underneath. The rhythms they sing are also more simple, and less layered, than subsequent versions.

Simeone‘s recording, on the other hand, added a melodic element to those bass voices, as well as offering more complex and layered rhythm figures as the song develops, closer to a full orchestral percussion section. They are transformed from emulating a snare drum into a full drum section, with bass, snare, and the key addition: Tympani-like voices. With those strong melodic elements in the bass voices, they act as both the rhythmic foundation acting as the “percussion” as well as providing a strong and memorable melodic counterpoint to the main melody.

The first sound you hear on the record is the bass voices providing the drum beat. Eschewing what many arrangers would think of when charting a song about a drummer, there is no actual percussion on the record. Except, that is, for a well placed triangle, chiming accents on beats three and four after each vocal phrase is sung by the high voices. It punctuates each phrase, as well as adding an almost reverent chime or bell-like effect to the performance. Again, an addition brilliant in its simplicity, and a simple triangle part which speaks with more power than a full line of actual drums in this context.

The record was first issued in mono, then given a stereo mix. I’d recommend listening to the stereo mix, not only is it the most familiar at this point, but there is a certain power to the separation of the voices which the stereo enhances. Listen on a system capable of reproducing bass frequencies well, and by all means turn it up loud enough to hear the “rumble” created solely by a vocal group. Technically, for not only 1958 standards but also modern bass expectations, the song sounds massive - and thus we may find some of the power of the recording itself, why many if not most consider the Simeone version the definitive recording and arrangement of the song. The advancing recording and mixing technologies of the late 1950’s made it possible to add that element - not only the sound itself but the way it is captured and reproduced - to create a classic.

The power and success of any recording needs to start with the song itself. Everything on top of the song is window dressing, ultimately, no matter how much a certain element of the process enhances it. With “The Little Drummer Boy”, a.k.a. “Carol Of The Drum”, Davis succeeded in creating a song simple enough to be performed by choirs both trained and amateur, with a lyrical theme that is universal and compelling.

The story is of a musician, a boy with a drum, wanting to offer a gift surrounded by others offering lavish gifts but himself not able to give anything as lavish or expensive, saying “I am a poor boy too“. But his gift is of music, of his talent as a musician, saying essentially I have no gifts to give but I’ll play for you, not only will I play but I’ll play my best on this drum. I’ll give something of myself, not in the form of a material gift but in the form of music and sharing my talent and gift.

When placed in a certain context, hearing those lyrics, those sentiments, surrounded by a powerful yet sparse and simple musical arrangement…it’s enough to make some of us sentimental types well up or choke up just a bit…and it’s a beautiful sentiment found in a beautiful song.

How fitting, how almost perfect is it that the royalties and profits earned in part from this song have been donated not only by Davis’ estate but also by Simeone’s estate to fund music education, through scholarships and grants valued at millions of dollars?

By Josh Hoisington and Craig R. Clemens
At "Classic Studio Sessions" our main goal is to preserve the culture and body of knowledge surrounding the golden age of pop/rock recording studios. While the focus is on the classic studios of Los Angeles and the "Wrecking Crew" musician culture, we're also concerned with New York, Detroit, Nashville, London, and anywhere great records were made. The questions this blog hopes to answer are along the lines of: "What person played what instrument on this classic track?" "What was it like to work at United/Western Recorders?" "What was it like to meet Lanky Linstrott?" While we will explore questions like "how did they get that sound?" our concern is not merely with replicating the sound of the record, but most importantly carrying on the tradition of the great engineers, so that their knowledge (whether we use it on our own records or not) is not lost to history.